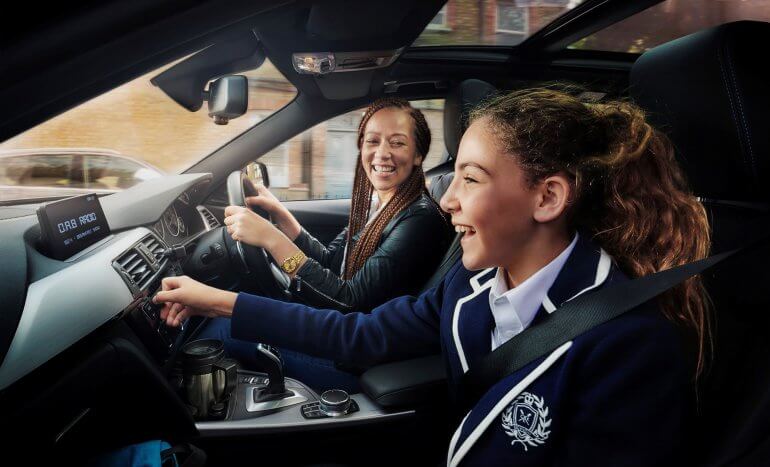 When I joined the radio industry almost 6 years ago now, one of the first things I wanted to tackle was its image.  It was pretty clear that either we stepped up our efforts to tell our own story, or others would quickly seize the narrative and do it for us.  It had already started happening.  Last week I went to Dublin, a guest of Radio Days Ireland, to present the results of our long term positioning See Radio Differently.  There is always more to do, of course, but creating this presentation five years into the strategy was a good opportunity to review progress.

The best way to illustrate the lazy depiction of radio is the profusion of “[insert medium] killed the radio star” headlines atop stories about radio, accompanied by black and white pictures of 1930s families huddled around Bakelite radio sets.  This epitomises the challenge that has been damaging radio’s image among advertisers and agencies – some of whom happily bought into the old-fashioned stereotype.

The truth couldn’t be more different: radio is at the heart of the audio revolution – podcasts, new digital stations and audio tech are proliferating and 35m people in the UK tune into commercial radio every week.

A disruptive strategy, See Radio Differently, which juxtaposed the visual with the aural, was ushered in to challenge advertisers and others to reappraise their concept of radio.  The See Radio Differently banner covers all areas of Radiocentre’s activity and can be summarised under three headings: Storytelling, Getting Regulation Right and Forging the Future.

To emphasise the powerful success story of radio in the 21st century, we gave a thorough overhaul to all our external communication, branding and advertising cementing radio’s place at the heart of the audio revolution.  Tone of voice is massively important – it’s commercial radio after all, not the United Nations – which means we can afford to have fun.  As a nationwide medium, the event series Tuning In, now moves around the UK to Manchester, Edinburgh, Cardiff, Birmingham, Glasgow and Leeds.  The headline Tuning In event in London has grown to one of audio’s biggest events at the 700 seater IMAX Cineworld in Leicester Square (book your place for 2020 right here).  There is nothing like real experiences to get the message out that radio is strong and to remind advertisers that it’s a trusted environment for your brand.  Radio Audio Week was launched in May two years ago as a platform for the industry to showcase that. 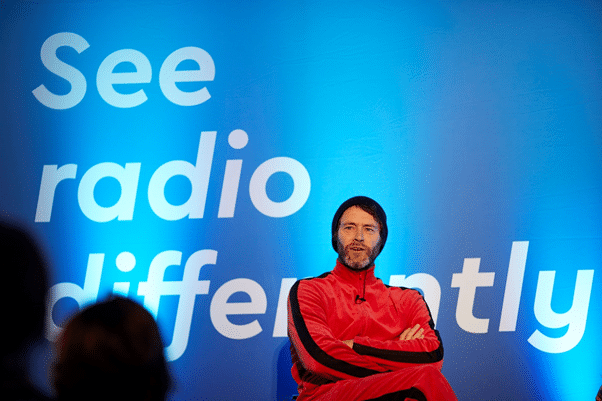 Advertising forms a critical part of the See Radio Differently strategy.  A robust catalogue of research has done much to prove radio’s advertising effectiveness but despite this we know that decisions about media spend are often as much about the emotional as the rational.  Arguments about targeting and the newest thing around often hit home.  So a new approach was needed.

See Radio Differently was launched with a brave campaign targeting well-known advertisers such as Unilever’s Keith Weed and John Lewis’ Craig Inglis, calling them out by name on air with special songs to prove that radio drives brand fame.  That campaign picked up a Lion at the Cannes Lions International Festival of Creativity.  Last year’s follow up was Welcome to Radio, the latest campaign setting out to remind advertisers that radio is Unskippable, Unblockable, and Unbeatable.  Radio has great strengths and when you stack it up alongside some of the more recent entrants such as influencers and social media it sounds pretty awesome.  This campaign has been such a success that we have had industry colleagues from around the world requesting to run it in their own markets.  The “Accept Cookies” in particular strikes a chord, so much so that every time those cookies pop up you can’t help hearing the gremlin in the ad.

Right up there with lazy Buggles headlines are those pesky vintage radio images which accompany every media story about the medium.  Radio is a contemporary, modern and adaptable medium, listened to through a range of different devices, often when you are doing something else.  It really is the perfect medium for a multitasking world.  So to the relief of under-pressure picture editors everywhere we commissioned a series of lifestyle pictures showing people enjoying radio in a variety of true-to-life scenarios.  To help speed the change, they are rights-free for anyone to use, anywhere in the world.  It is not an immediate goodbye to Bakelite radios but no one said it was going to be an overnight success story. 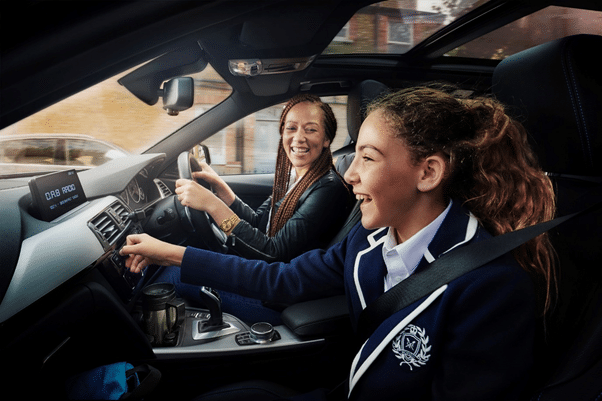 Another goal has been to persuade government and regulators to See Radio Differently.  We don’t ask for no regulation but we do ask for fair regulation which allows indigenous content providers to compete on a level playing field.  The government has recently relaxed its approach to some of the pre-internet regulation which applied to the radio industry.  It’s fair to say that the whole industry and indeed most radio listeners are baffled by long and complicated Ts&Cs on radio advertising.  We are pleased that the Financial Conduct Authority has just endorsed the Confirmed Industry Guidance for motors advertisers which will help explain that some commonly-used qualifiers are just not needed.  A collaborative, evidence-based approach has helped articulate the case and Radiocentre is now rolling out a programme of workshops on the new guidance.

Protecting the future relies on forging new partnerships and working in different collaborations.  Radioplayer showed the way ahead with that nearly ten years ago.  Together we are so much stronger than the sum of our parts.  In that way, we challenge others and ourselves to See Radio Differently.  This year the third Mental Health Minute returns, an eloquent way to demonstrate the unique power of radio – to be simultaneously both intimate and yet part of a shared experience.  We work with The Royal Foundation’s Heads Together to create a message that almost every radio station in the UK participates in to draw attention to a very serious issue.  Last year over 500 stations got involved.  Think how many millions of people heard the message featuring famous voices including Katy Perry and His Royal Highness The Duke of Cambridge.  The team is already working on an equally powerful message for May 2020.  So many radio stations continue to provide a vital lifeline to the widest range of people – a real force for social cohesion, someone called it recently, and I agree.

It’s never been easier to make audio and we know our industry needs to open up to the widest group of young, diverse talent to ensure its strongest future.  Ofcom produce their annual report on diversity which is admirable but it misses the sterling work done by literally hundreds of smaller stations serving communities across the UK.  To tell that story we produced a report Tuning In to Diversity, launched at a reception in Parliament.  Also looking to the future, we work with the BBC on two significant initiatives: the Creative Access Radio Masterclass, expanded out of London to Manchester last year and the Young Audio Awards.  The Awards are in their second year with a huge uplift in entries and a much anticipated award ceremony due to take place at the BBC Radio Theatre in March. 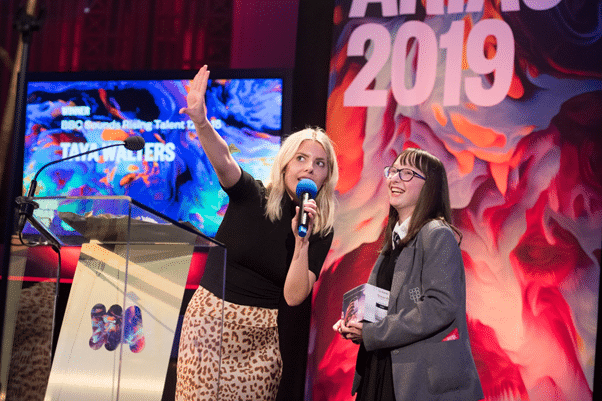 So what next for See Radio Differently?  I can give you two tasters.  How should Radiocentre sound?  Countless hours are spent telling clients that they need to think about how their brand sounds, but we don’t actually have any audio brand guidelines for Radiocentre.  Working with Nick Goodman and Dan McGrath from Bounce to produce a brand audio logo, we have documented the journey to share in the coming months with advertisers who need some reference.

The next audience we will be asking to See Radio Differently is local advertisers.  There are some exciting plans including the expansion of Radiocentre’s training from the meeting room to a mobile app.  Face-to-face training will continue but with 700 people working in sales across the UK, it would be amazing to get bite-sized access to this industry expertise for those who are often on the move.  More on that later this year.

Our challenge is not unique and radio is extremely healthy with nearly 9 out of 10 people tuning in every week.  That would not be the case without all the amazing creative people who work in commercial radio striving to always improve and innovate.  All media industries which have existed for longer than 20 years and still command mass market audiences face the same challenge to articulate strength against digital rivals.  But coming together under one strategic banner provided the direction and message to coherently address this issue. Radio continues to evolve and so does See Radio Differently.  There is lots more to be done.