Commercial radio’s mix of music, news, travel and local information is listened to by 36 million people each week. With such a diverse audience it is important to understand the make-up of our industry. 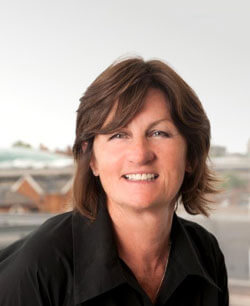 “Commercial radio has huge choice of stations and an incredibly diverse audience, so ensuring that we reflect our listeners will ultimately help make better radio. We know we can do more to improve the diversity of voices and output on UK radio and there are a number of great schemes and initiatives already underway.

“Both commercial radio and the BBC are going to work together more for the benefit of the entire industry in 2019. It’s not only the right thing to do but also makes sound commercial sense.”

Commercial radio is more though than just a collection of stations. For example, the two biggest radio groups — Global and Bauer — run two very different academies that are helping to train the next generation of media professionals.

Tuning In to Diversity looks at a whole range of industry initiatives and also explores the diversity across commercial radio, particularly among the smallest stations.

Several radio companies have also embraced apprenticeship schemes that focus on equipping talented young individuals with the skills they need to thrive in the radio and audio industry. In addition there is recognition that the sector has the potential to make a real difference in terms of diversity and inclusion.

The diversity of output is important and specialist music stations now play a bigger role than ever in making available an unprecedented volume and breadth tracks with choice from dedicated Asian stations like Sunrise and Panjab Radio to London Greek Radio and Capital XTRA.

According to RAJAR data*, our sector reaches 62% of the BAME audience, compared to a 42% reach by BBC services.  It also reaches 67% of listeners considered to be in a lower socio-economic classification (C2DE), compared to 52% reached by the BBC.

While overall share of hours for all adults is 50% at the BBC compared to 48% at commercial radio, for BAME audiences it is 32% for the BBC and 61% for commercial radio. In addition, a quarter of local commercial radio listeners (6.4 million) do not tune in to any other type of radio service.

However, there is recognition from the commercial radio sector that more could be done to encourage greater diversity within our industry and so Radiocentre is helping to drive a positive change.

Ofcom now publishes an annual comprehensive survey of the diversity of the radio industry . The first report was published in 2018. The 2019 Diversity and equal opportunities in radio report highlights key findings from radio broadcasters that Ofcom regulates and explores how they compare in promoting equality of opportunity, diversity and inclusion.

Alongside Ofcom’s 2019 survey we published our own Tuning In to Diversity report that seeks to complement Ofcom’s study and explores the diversity across commercial radio, particularly among small stations.

There is recognition amongst the industry that more can be done to improve diversity. For example, Radiocentre has been working with the entire sector in order to address the issue, seeking support from the Employers Network for Equality & Inclusion to draw up a diversity statement for commercial radio and outline next steps.

There’s no doubt that commercial radio offers listeners a large amount of choice, and in recent years there has been significant growth of stations which cater to minority audiences. Work has also been undertaken with various partners, including Creative Access, the BBC, the Advertising Diversity Task Force, the Creative Diversity Network, Creative Skillset and the Employers Network for Equality & Inclusion.

We welcome Ofcom’s work in this area and recognise the steps that have been taken by commercial radio to address this important issue. However, we call on the industry — commercial radio, the BBC and community radio — to work together further in order to explore practical ways in which greater diversity can be achieved. Ofcom also has a number of resources available on the their Diversity and Equality hub.

With younger audiences on average than other radio services it is vital for commercial radio to embrace new talent in order to address increasing competition from streaming providers. The following section highlights some of the schemes and initiatives undertaken by broadcasters specifically targeted at young people.

Tuning In to Diversity

In July 2019 at an event in Parliament we launched a new Tuning In to Diversity report. Our report complements Ofcom’s survey (which focuses on larger broadcasters) and explores the diversity across commercial radio, particularly among the smallest stations.

As well as looking at the rich diversity at some of the smallest commercial radio stations, Tuning In to Diversity explores industry initiatives. These include the Mental Health Minute, Young Audio Awards, Creative Access radio masterclasses (below), as well as the Global and Bauer academies.

Radiocentre works closely with Creative Access to try and improve the representation of young people from BAME backgrounds and those with a lower socioeconomic status.  In addition to taking part in their internship programme, in conjunction with the BBC we host a number of radio masterclasses for Creative Access interns who are looking to start careers in the Creative Industries. Read more on the most recent masterclass here.

Diversity, equality and inclusion at Radiocentre

Here at Radiocentre we value the diversity of our team. As champions for diversity, equality and inclusion for the commercial radio industry it is important that we lead by example.

We take a pro-active approach to address these important issues, including training (a company-wide unconscious bias workshop, for example) and regular reviews of staff welfare.

We recently conducted a diversity survey of our entire team to help us understand more about our staff at Radiocentre. We were keen that the survey was as broad as possible, which is why it covered the following important characteristics: age, race, gender, faith, sexual orientation, disability, as well as social mobility. New starters now automatically receive a questionnaire.

A few headlines from our survey are included below.

Radiocentre continues to develop best practice both here at Radiocentre and on behalf of the industry, although we are conscious our work in this area is constantly adapting.

In conjunction with the Employers Network for Equality & Inclusion, Radiocentre has drawn up a diversity statement for the commercial radio industry.