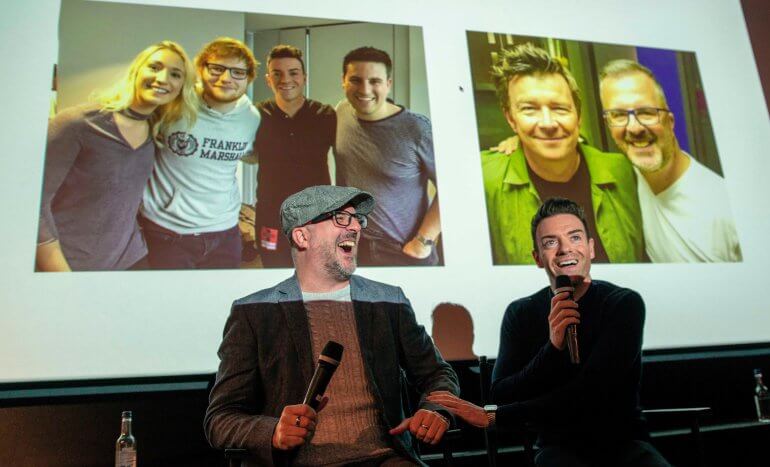 Advertisers, producers and representatives from radio stations across Scotland gathered on Thursday 7th February for Radiocentre’s Tuning In Scotland event held at the Glasgow Everyman. About one hundred delegates gathered to hear about radio’s record breaking year, its pursuit of innovation and creativity and how to emerge unscathed from the current uncertain climate.

Radiocentre’s Chief Executive Siobhan Kenny opened the conference by revealing that commercial radio had record revenues for three years in a row and that last year the sector exceeded £700m for the first time, making 2018 its best year ever. She also told the audience that according to that morning’s Rajar listening figures commercial radio had its biggest share of audience for nearly 20 years. She went on to outline that this success had not happened by accident. The radio industry has consistently innovated and adapted over the last decade, with a series of new developments over the last six months including Chris Evans moving to Virgin, the launch of a new classical music station from Bauer and Global’s audacious entry into the outdoor market. This set the scene of innovation and new partnerships for the rest of the morning.

One of these innovative partnerships is the Advertising Association’s programme to boost the small business economy, AAcelerate, led in Scotland by Brian Coane, Partner at The Leith Agency. He outlined the potential for growth across all sectors by taking part in the scheme which piloted last June in Scotland. The other pilot is running in the West Midlands and the goal is to gather data to take to Government to persuade them to support a broader initiative boosting the SME economy across the UK.

Radiocentre’s Director of External Affairs Matt Payton gave the audience a summary of a recent report into how commercial radio contributes to the UK called Valuing Radio. He highlighted the £150m return on investment for local advertisers in Scotland generated by commercial radio, before providing examples of its valuable news and social action output.

Lucy Barrett, Radiocentre’s Client Director, explored radio’s hugely successful 2018 from an advertising perspective, including an in-depth look at radio’s share of advertising and audience within the wider media landscape. She also gave the audience highlights of Radiocentre’s 2018 research project Re-Evaluating Media and provided information about Radiocentre training and tools for advertisers. Lucy highlighted the work Radiocentre is doing to ensure radio maintains its health in light of the uncertainty around Brexit and the affect it could have on budgets before playing execution from Radiocentre’s current ad campaign urging marketers to rethink their media mix and include more cost-effective channels like radio.

Picking up the Brexit baton, Mark Barber, Planning Director at Radiocentre, presented his overview of ‘Brexit-Busting’ strategies, which include making the case for continued investment in advertising, even when the pressure is on to make budget cuts. He outlined how re-evaluating the media mix can give advertisers a bigger bang for their buck when budgets are under pressure and reviewed how radio delivers fantastic value for money, giving making it the ideal medium during times of financial uncertainty. Keeping an eye on the longer term by combining brand-building creative to underpin short-term tactical sales messages is imperative.

Sophia Bates, Head of Connected Execution at Mediacom Edinburgh, demonstrated Subway’s advertising strategy and the success the brand had seen from working with radio. Radio was the perfect way to connect Subway with the concept of breakfast in consumers’ minds due to its unique strength at that time of day. There were several examples of innovative commercial spots on Radio X, demonstrating the creative possibilities of both branded content and spot advertising.

Michael Hill, Founder and MD at radio technology platform Radioplayer, unveiled the prototype hybrid currently creating waves with car manufacturers. Michael’s presentation contrasted the high-tech and slick dashboard capabilities of new cars with the comparatively old-fashioned, clunky way that radio is often incorporated. Radioplayer is working closely with car companies to enable radio to stay simple, smart, sexy and easy to access in the connected cars of the future.

Simon Forster, Regional Creative Director at Global got the headphones on the audience to demonstrate binaural sound. He played a selection of cutting-edge radio ad campaigns, including work from British Gas, West Midlands Police and Virgin Atlantic. His final thought on the power of sound was: “humans are lazy, voice is easy, and voice is radio’s currency.”

The final session of the day was a spirited conversation between Ewen Cameron, breakfast presenter on Greatest Hits Radio and Des Clarke, stand-up comedian and host of the breakfast show on Capital Scotland. Des and Ewen shared anecdotes of their experiences of waking up the nation, including picking songs, guests, content, and the relationship between producers and presenters. Their session ended with a discussion of why radio is still so popular, citing its unique relationship with the listener – something that other media can never replicate.