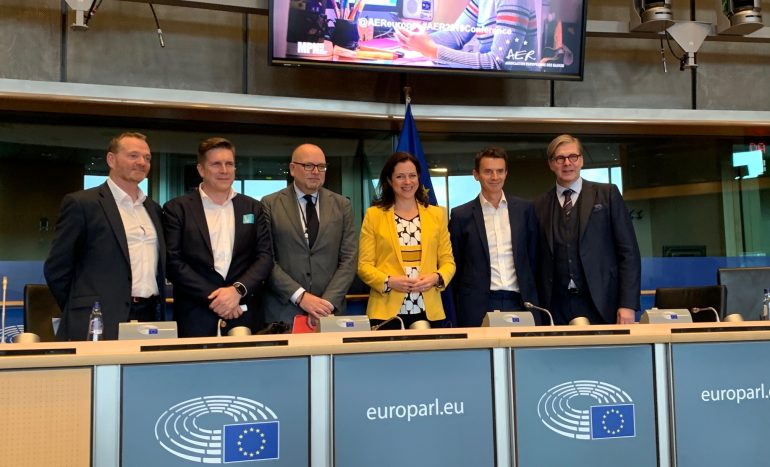 Speakers and delegates from more than 15 countries attended a conference at the European Parliament in Brussels on Wednesday (9 October) to discuss the future of radio and audio.

The event, ‘Audio Revolution: Radio’s future in an age of tech giants’ was organised by the Association of European Radios (AER), the voice of commercial radio across Europe. Senior European Commission officials, MEPs and experts from the radio and media industry discussed some of the latest developments and shared challenges facing broadcasters, as well as some of the initiatives and policies that are helping radio to adapt.

The conference was chaired by Matt Payton, Director of External Affairs at Radiocentre, the industry body for commercial radio in the UK, in his capacity as Secretary General of AER. Keynote speakers included the consultant and former Group Programme Director of Wireless Group, Francis Currie, along with Anna Herold, Head of Audiovisual and Media Policy in the European Commission directorate responsible for communications (DG CONNECT).

Representatives from commercial broadcasters in Austria, Belgium and Finland also addressed the event on a range of topics, including listener trust and the value of radio; its prominence and findability online; and how industry collaborations like as Radioplayer are trying to secure radio’s future.

“It’s a really exciting time for radio and audio, with more ways of listening and more content than ever before. But we also face common challenges as radio fights for its place on connected devices like smart speakers and in the car. Whatever the political situation it makes sense to continue to work together on these issues and face the future together.”