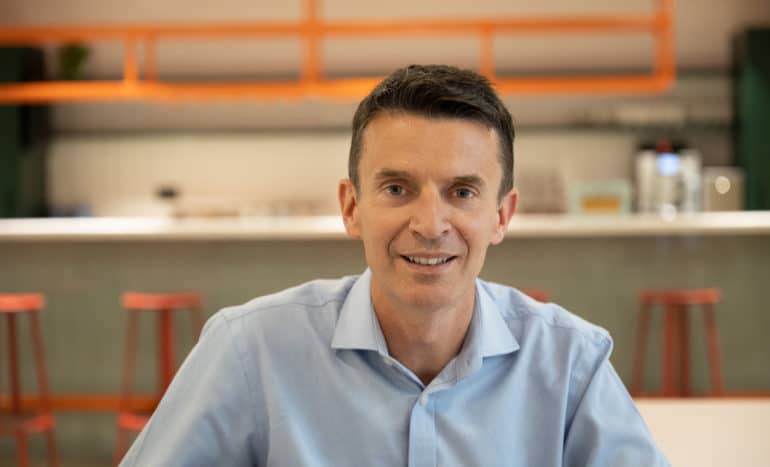 An interview published by The Media Leader:

Commercial radio has increased its listening and reach lead over the BBC, but how can the future for radio remain bright when faced with ‘gatekeepers’ like Google and Amazon and the increasing popularity of streaming and podcasts?

Matt Payton, CEO of the trade body for commercial radio Radiocentre, tells The Media Leader his “feet have not touched the ground” since he started in the role in July this year.

Challenges in his in-tray help to explain why someone with experience and connection at Westminster would prove attractive to Radiocentre right now. His to-do list includes guaranteeing the future of free access to radio, balancing the conflicting priorities of Radiocentre members with those of industry stakeholders and regulators’, and making the case to advertisers and agencies to include radio, and audio more widely, on their media plans.

Commercial radio is also experiencing “a landmark moment” Payton says, as it overtook the BBC for the first time in 20 years in terms of share of listening and reach in Q2 2022, and has since grown that gap.

Payton has worked for Radiocentre for more than 13 years, initially joining as head of policy, and then moving to director of external affairs and then chief operating officer before replacing Ian Moss as CEO.

Since he started as Radiocentre CEO in July, he has had several meetings with the Government (no easy feat as there have been three different Prime Ministers and two Culture Secretaries during his time as the head of the trade body), and also regulators, and Radiocentre members.

He reveals: “What I’m really struck with in radio is that the participants around our board table tend to leave their day-to-day commercial rivalries at the door, so when they are around our table they are like ‘ok, there’s stuff here that’s bigger than just our competitive battles, there’s something that affects the whole industry’, and I think that’s a really grown-up way of approaching it and it’s been really helpful to us as an industry body, rather than always trying to find the lowest common denominator in actually moving things forward.”

The number-one thing that Payton says Radiocentre is focussed on between now and the end of the year is ensuring there is a framework in place to support the future of free access to radio in the UK.

Previously, Radiocentre spent 18 months contributing to discussions in the Government’s digital radio and audio review, and Payton says the main thing to came out of these discussions, which could contribute to consultations around the upcoming Media Bill, was that the whole industry, including commercial radio, the BBC, and government regulators agreed there needed to be a framework to support radio’s future.

He believes that if you agree radio has a public service role, for both audiences and advertisers, then it should remain freely available and accessible to everybody.

Payton reveals that what Radiocentre is trying to put in place is something that’s “not too intrusive”, and “not a million miles away” from the must-carry or prominence arrangements that already exist in television.

Public-service television has rules to ensure that PSB television channels are available, prominent and across platform, and currently these rules are being examined with updates for smart TVs in mind as part of the upcoming Media Bill.

Payton says: “Our plea to the government, and we’ve had some really positive conversations, is can we within that [Media Bill] also seek to have some powers to support radio and that’s been well received, but as you can imagine, we’re in a slight state of limbo at the moment with the new government coming in.”

Gatekeepers of the future of radio

Payton sees the future of radio in five to 10 years’ time as somewhere where the majority of distribution will come through online platforms.

There is an accelerating transition from broadcasting radio through transmitters across the country, to a point where 25% of commercial radio’s market share and listening is now online. This is more than double what it was four or five years ago, with more than half of that listening now via smart speakers.

If nothing is put in place in the upcoming Media Bill, Payton warns the radio industry will be very dependent on Amazon and Google within a decade.

“We’ve been talking to the Government and regulators about whether there should be a series of backstop rules to support freely available access to radio in that future world,” he said. “I think [the rules] are a win-win for listeners, it’s a win-win for the platforms because actually radio is really important to selling these devices, and it’s a win for us because we get security of distribution and availability of our content out there.”

Payton stresses that he does not want to take “a swipe” at the current behaviour of these platforms, as there have been a variety of positive outcomes from partnerships, citing examples like the recent campaign Global’s Heart Network did with Amazon’s Alexa to promote listening to the station on a smart speaker.

“The great thing is that once you’ve got a connected listening experience, you’ve got a return path, so actually, commercially that opens up some really interesting opportunities. That’s interesting for the broadcaster, both in terms of it’s interesting for advertisers because it give them a lot more flexibility and interesting things they can do, but actually it is really good for the platforms as well because they’re getting people buying these devices, using them, and engaging with them.”

Not a zero-sum game

But how to stop audio being neglected on a media plan? Payton is keen to change the medium’s perceived image as a “cheap reach” or “bolt-on” option that commands a lower percentage of media budgets.

Instead, radio should be seen as “a complimentary picture” between the different types of audio platforms, he says, and there is more Radiocentre can do to demonstrate the evolving landscape in audio.

He remarks: “We can’t stand still and just keep saying the same thing, and the question I’ve been asking is: are we doing everything we can to reflect that energy and positivity and evolution of what’s happening in radio and audio in terms of its effectiveness, the new platforms and digital platforms.”

Looking at how the market has evolved over the last 10 years, Payton says it has gone from largely local and regional broadcast radio stations, to national brands and brand extensions on DAB and online and increasingly to podcasts and streaming services.

Payton explains: “The fact that radio still comes out as the largest part of the overall listening landscape across all age groups is a really strong story, and actually what’s happened is the growth of podcasts and the growth into other types of audio have actually helped grow the cake for everybody, so it’s not been a zero sum game of well, podcasts are undermining radio or music streaming is killing those services. It’s actually just made more listening, and certainly more commercial audio listening that advertisers can use to advertise on.”

He emphasises that there is “space for everybody” when it comes to radio, podcasts and on-demand music, and these different types of audio deliver “slightly different benefits” to audiences, so there are plenty of opportunities for advertisers.

Another element that Payton wants to try and push forward is “radio’s positivity”.

It fulfils many roles; more than just a practical and rational one providing news and trusted information to audiences, and he notes commercial radio reaches a broader range of audiences in terms of socio-economic groups and ethnic diversity than the BBC, which makes it very valuable to advertisers.

It also shows it is a trusted medium that can respond to big events like the death of the Queen and the pandemic in a professional, trusted and flexible way, just to give two examples, which in turn ties in to potential value for advertisers.

Radio was recently named Europe’s most trusted medium once again in new research by the European Commission.