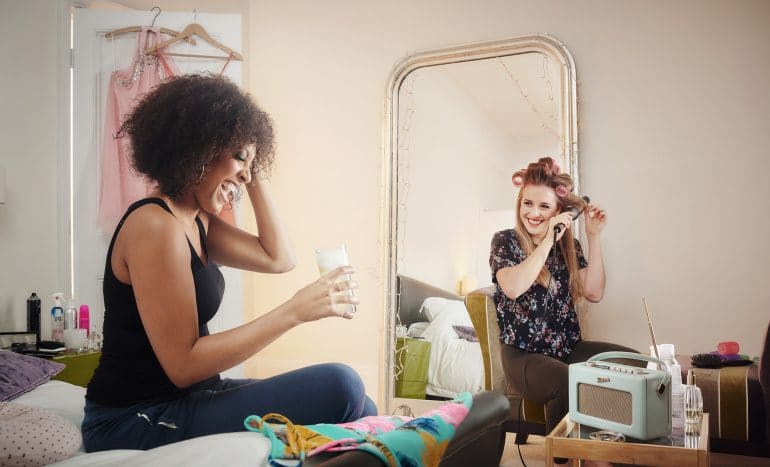 Raise a glass to Baz

After a listener shared that they had lost one of their jobs and couldn’t afford to go out for a pint now that pubs are open again in Scotland, the Chris Moyles team suggested he set up a funding page for a whip-round to buy him a pint. The results were beyond everyone’s expectations and will go towards far more than a drink.

.@ChrisMoyles did a pint whip-round for Baz who lost one of his jobs. Here’s what happened ? pic.twitter.com/lb8dCApRb8

A special six-part series, ‘Monty Panesar In Lockdown With’, supported by the Audio Content Fund, is broadcasting on various Asian radio stations in the UK. Former England cricketer Monty Panesar speaks with some of the most notable members of the Asian community, offering insights into their lives. Earlier this week, Panjab Radio aired one of the first episodes, with comedian Paul Chowdhry.

On the 35th anniversary of Live Aid, Claire Sturgess caught up with Bob Geldof to chat about his memories from the iconic event – covering everything from his fashion choices (and Bowie’s reaction to his outfit) to feeling how he’d bitten off more than he could chew.

On the 35th anniversary of Live Aid, @thesturge caught up with Bob Geldof to chat about his memories from the iconic event… and yes, it does include that time David Bowie was disgusted by Bob's double denim ? pic.twitter.com/ej6E7Ex4dv

Tissues at the ready

Last week, Heart listener Debra won £30,000 in Heart’s £30k Triple Play competition. Her reaction to the news on-air was an emotional whirlwind that also set Amanda Holden off, as Debra shared how the win would give her family ‘breathing space’ after a very difficult time.

Have your tissues at the ready ??