Commercial radio is stronger than ever 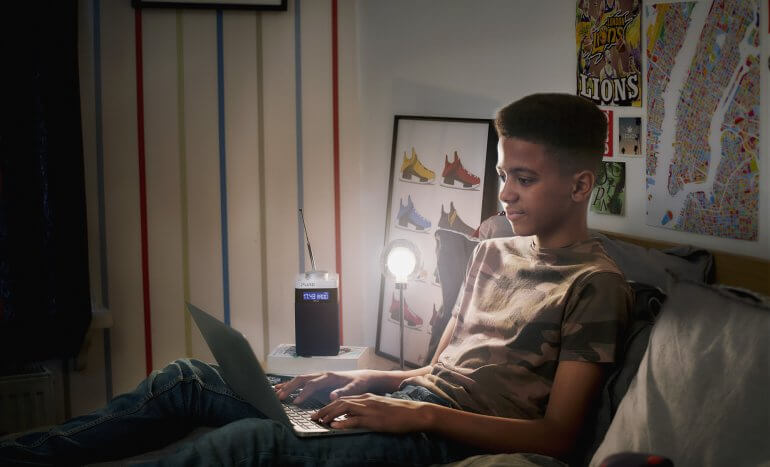 Commercial radio had another record-breaking year in 2018, but last week’s news story on the latest set of Rajars suggests that radio is fighting a losing battle when it comes to retaining the attention of 15- to 24-year-olds. On World Radio Day (13 February), it’s worth taking a closer look at why young listeners are still tuning in to commercial radio.

Rather than consider the overall radio market, it makes more sense to examine the long-term listening trends specifically for commercial radio – you know, the bit that is actually relevant to advertisers. It goes without saying that, across the past decade, there has been an explosion in ways to entertain and inform ourselves. Social media, music-streaming, podcasts and on-demand TV/video services have flourished, creating ever-more pressure on people’s media time.

Received wisdom has it that the next generation of media consumers will eschew linear media altogether in favour of manipulating their media diet through on-demand platforms. But surely it has to be worth considering for a moment whether the exhausting expansion of personal control might itself be a key contributing factor to the enduring power of radio, even with the elusive younger market? Because radio is easy, it’s free, it’s fun and it has the ability to surprise.

In this context, it’s important to remember why people tune in to their favourite station every day. Radio is more than just music. It’s about human voice and human choice, and we decide to hand over curation of our audio to someone else to help us discover new music or enjoy hearing a much-loved song unexpectedly. The connection with the outside world broadens our horizons and keeps us informed about important and relevant news.

The other part of the answer lies in the nature of the medium. Radio listening is something you can do while doing something else, whether that is driving, working, cooking or relaxing. There is no screen involved – this helps. It’s also an intimate space that at the same time provides a connection to a broader experience. Listeners describe again and again the strength of their emotional relationships with hosts and presenters. It’s little surprise, therefore, that radio scores very highly when it comes to trust – a holy grail for all advertisers today.

Considering the shift in competition for people’s time, particularly younger people, it’s amazing how well commercial radio has performed in a time of such unprecedented technological change and seismic changes to people’s media diet. The 10-year trend up to the fourth quarter of 2018 shows that commercial radio still reaches more than two-thirds of 15- to 24-year-olds every week, having experienced only a 3.6% decline across the period. Most telling given the new distractions, average time spent listening has reduced by just 13 minutes a day. Every week, 68% of 15- to 24-year-olds (5.3 million) tune in to commercial radio for more than 10 hours a week.

To further underpin the continued appeal of the medium, over the same period commercial radio’s reach of all adults has increased from 61% to 65%, while average time spent listening remains at more than 13 hours per week.

Last week’s story used Absolute Radio to illustrate the thesis about youth audiences, but it failed to understand the target market of the Absolute brand. A better indication of what young people are really listening to are youth-oriented stations such as KISS, which have remained steady, while Capital Xtra, for example, has attracted an impressive 14.9% more listeners year on year to reach 1.79 million every week.

All media are facing challenges when it comes to retaining the attention of young people, but radio offers more ways to listen than ever before via apps, voice-activated devices and more. In the past year alone, the commercial radio industry has launched stations such as Hits Radio and the Greatest Hits Network, with Scala Radio launching in March promising to bring classical music to a whole new audience. And that’s not to mention Chris Evans returning to Virgin Radio just recently.

In 2009, Claire Enders predicted the slow death of commercial radio, suggesting that audiences would decline inexorably to the point of irrelevance. Fast-forward to 2018 and Enders Analysis has made an about-turn, documenting the way in which “stations have evolved many different touchpoints with their audiences” and found ways to achieve maximum benefit from the “close emotional connection” they retain. But as economist John Maynard Keynes supposedly said: “When the facts change, I change my mind. What do you do?”

With record revenues for the third year running, meaning that the medium has grown by a third in the past five years alone, and with its highest share of listening since 2001, commercial radio is in a stronger position than ever.

Radiocentre will partner again with Media Week Awards for 2021